After a multi-million overhaul, can Huw see the difference at the BBC? Auntie Unveils New Studio With ‘Curved Walkway’… But Looks Strangely Like Previous Set

By Paul Revoir Media Editor for the Daily Mail

The BBC has unveiled a multimillion-pound news studio with a ‘giant curved walkway’ just as it makes drastic cuts.

The set was unveiled in News At Ten last night – but even eagle-eyed viewers may struggle to see what the redesign, costing up to £5million, has changed.

Meanwhile, the BBC must combine news channels and cut jobs to save money.

Huw Edwards gave viewers a tour of the new studio at New Broadcasting House (pictured), which cost the BBC up to £5m 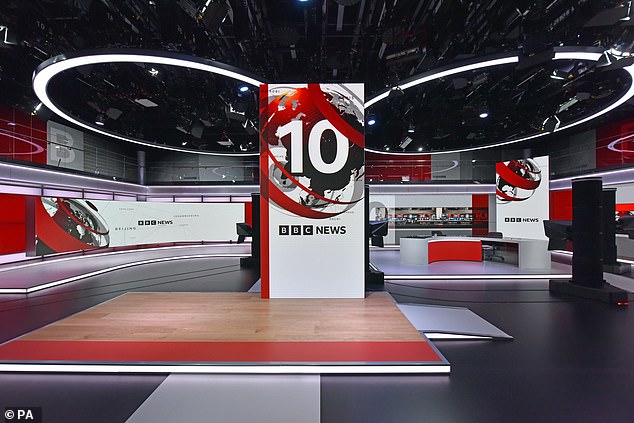 The renovated studio will host the BBC News at Six and Ten, as well as the London Bulletins 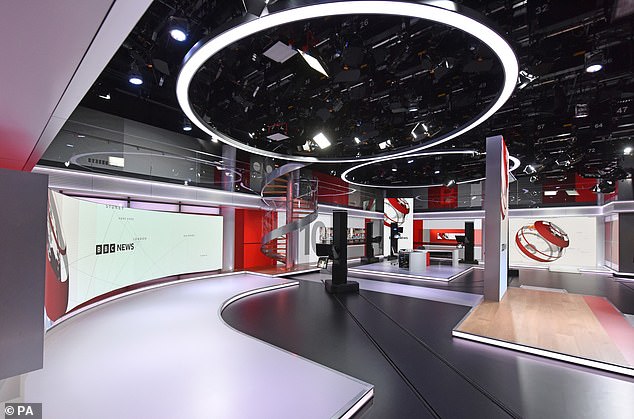 Huw Edwards, who spoke about the set tonight, stressed during a video tour that it would add impact to the stories.

But a BBC insider said staff were “constantly told by management that there was no money”.

“When they see millions being spent on studio renovations, they wonder where that kind of money is coming from,” they added.

Jonathan Munro, acting chief information officer, said it was the “first major refurbishment” in a decade.

A BBC spokesman said the more versatile set will have better long-term value.